A Massive congratulations to our Junior Athlete  Charlotte Derbyshire   who represented  Australia at the 2018 Youth Olympic Games in Buenos Aires.

Fern Davies, travelled to Sweden to compete at the 2018 FISU University Triathlon Championships.

We won the club championship award again! (three times back to back). Thank you to all who raced last season and contributed to the award. 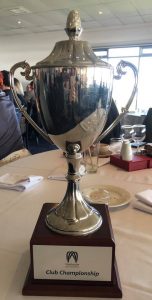